Showing posts from March, 2020
Show all

The 26x11/2x15/8 tyre of  Ornate brand is a quality bicycle tyre popularly known as Peugeot tyre, with the fantastic design of boldness having a white wall and the top black to distinguish it among other tyres. The pattern is unique with high earth grip technology. Its durability can be challenged in both summer and winter season. Kindly, visit us today to get yours.  Click Here
Post a Comment
Read more 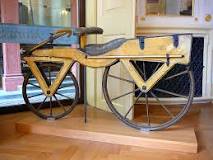 There are several early, but unverified claims for the invention of the bicycle according to wikipedia. A sketch from around 1500 AD is attributed to  Gian Giacomo Caprotti, a pupil of  Leonardo da Vinci , but it was described by Hans-Erhard Lessing in 1998 as a purposeful fraud.   However, the authenticity of the bicycle sketch is still vigorously maintained by followers of Prof. Augusto Marinoni, a lexicographer and philologist, who was entrusted by the Commissione Vinciana of Rome with the transcription of Leonardo's  Codex Atlanticus . Later, and equally unverified, is the contention that a certain "Comte de Sivrac" developed a  célérifère  in 1792, demonstrating it at the  Palais-Royal  in France. The  célérifère  supposedly had two wheels set on a rigid wooden frame and no steering, directional control being limited to that attainable by leaning. A rider was said to have sat astride the machine and pushed it along using alternate feet. It is now thought th
Post a Comment
Read more 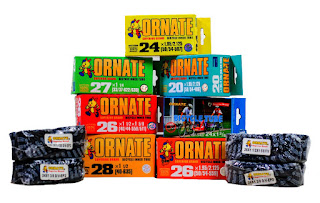 Welcome to Henry & Henry Ltd Official Blog site. Here we discuss, analyze and educate on Bycicle and Motorcycle Tyres, Tubes and other parts. Feel free to drop your comments as well as your questions our experts are here to assist you.
Post a Comment
Read more